There's a hole in our forest leading to wonder...

There's a hole in our forest that acts as a doorway to a wonderful canopy of trees, birds and wildlife. 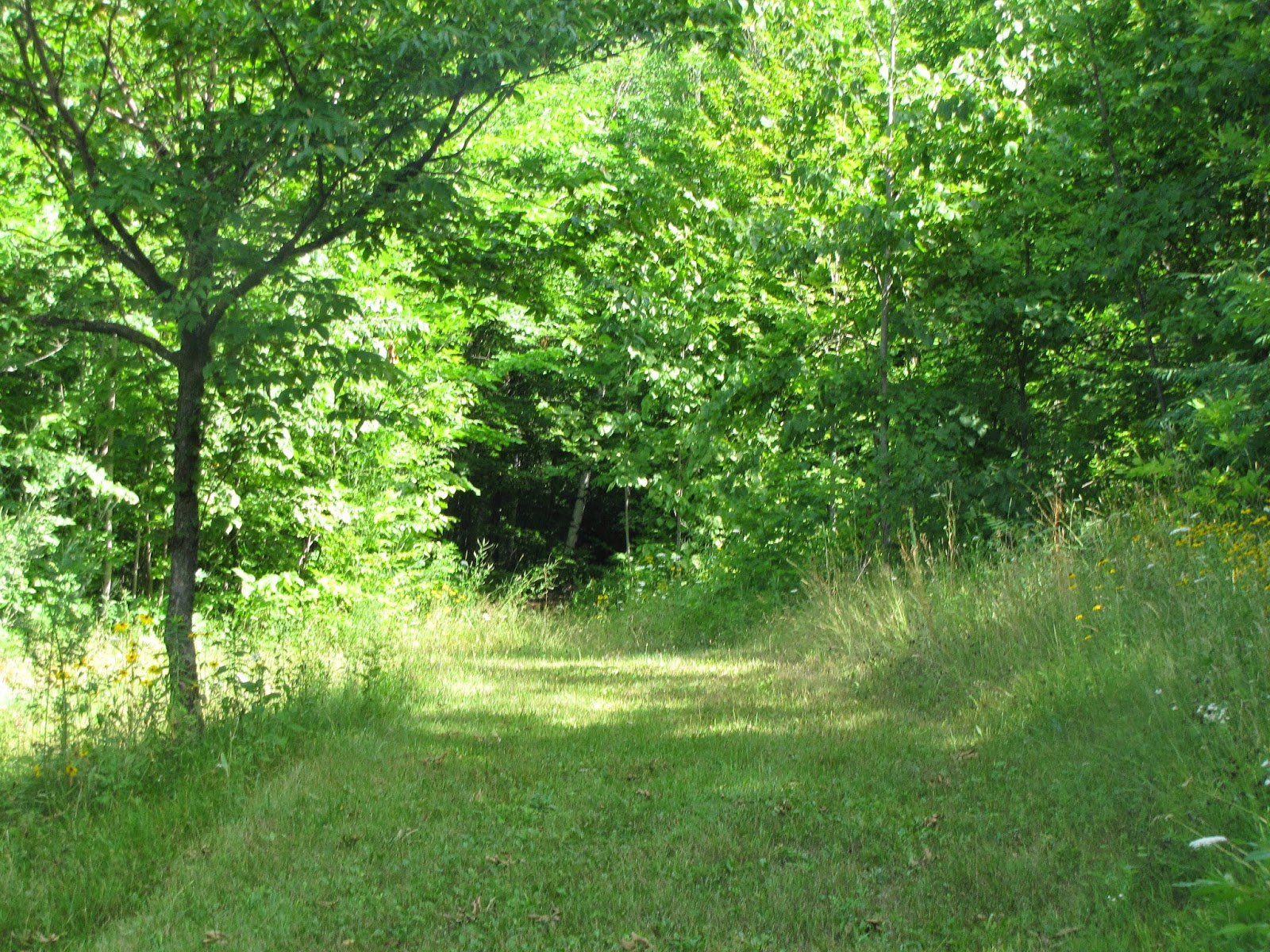 Typical of this part of Hastings County, the landscape has been heavily shaped by glaciation. It combines rolling rock outcrops of the Pre-Cambrian Shield and the more gently-sloped Limestone plain. The diversity of our intact forest landscape is maintained by allowing natural succession to determine species mixture. This is the most effective way of ensuring plant diversity, and thus wildlife habitat. Abiding by Nature time of course, not necessarily human time.

Our conifer trees offer protection in winter and provide nesting and resting opportunities for migratory birds such as warblers. The super canopy trees that tower above the forest are important to our raptor population of hawks and owls. They also provide roosting trees for our Wild Turkeys. Forest plants abound, including lady-slippers, trillium, violets, jack-in-the-pulpits, and the rare walking fern indicative of areas of undisturbed woodlands.

In spring, we love to go for walks in our forest. The smells and sounds of the earth regenerating itself after long, winter months of hibernation is especially invigorating. When one spends considerable time in a dense forest, you become aware that you are 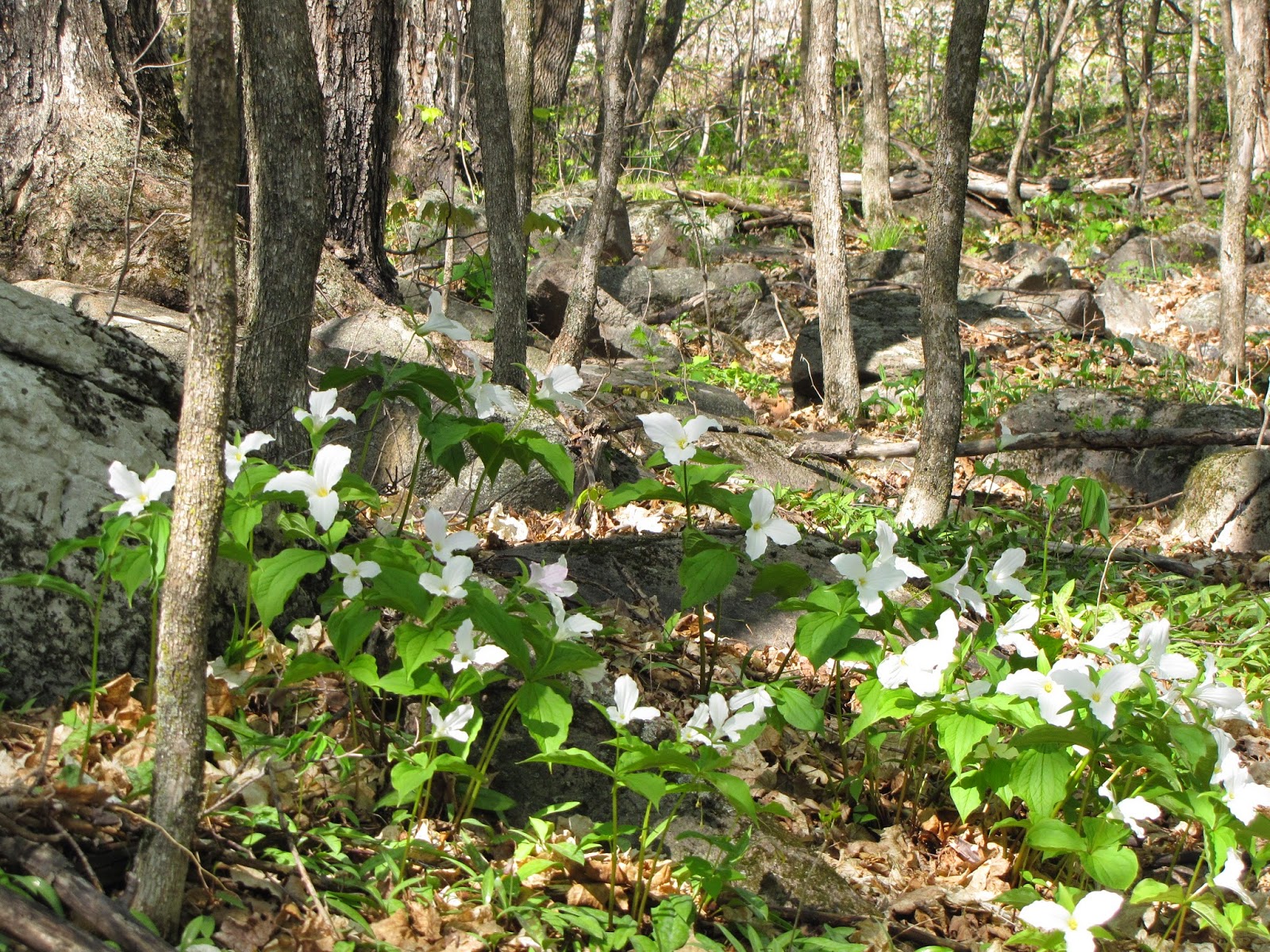 but a microdot within a deep and mysterious life support system. Studies on Forest Bathing, a term coined by the Japanese, have shown that a leisurely stroll through green spaces lowers the pulse and blood pressure - certainly key determinants of human health.

How trees and plants communicate has also captured scientific attention. A study on how microscopic fungi colonize the root system of a host plant to create a mutually beneficial relationship was first published in the journal Nature. It was also reported in the National Geographic magazine honouring the 2011 United Nations 'Year of the Forest'. Professor Suzanne Simard, a forest ecologist from the University of British Columbia, discovered an underground web of fungi that connects trees and plants together. Called the mycorrhizal network, these networks exist all over the world in all eco-systems. The fungi form microscopic conduits or highways beneath the soil, providing inter-plant linkages for the transfer and distribution of nutrients. 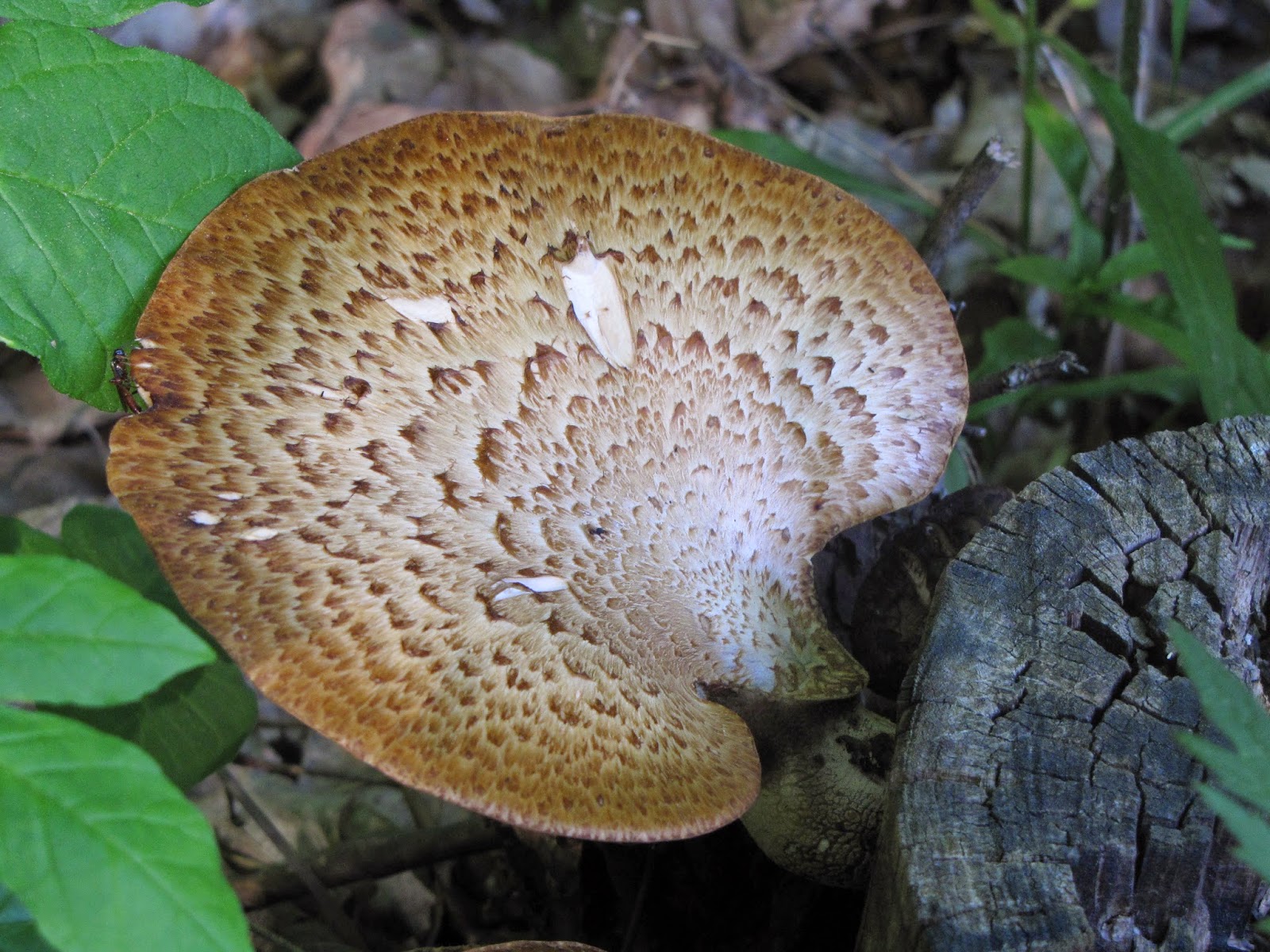 Professor Simard realized that the fungi were not only transporting carbon, water and nutrients between trees, but the fungi facilitated this distribution based upon which tree needed the nutrients most. The older trees were subsidizing the younger trees through this fungal network – and that without this help - many of the new seedlings would not survive. Her discovery has major implications on the restoration of forests. Professor Simard concluded that without Mother Trees – the large ones that dominate the forest – the regeneration of a forest will fail. If all the large trees are cut down, the survival rate of new seedlings
will be very low. 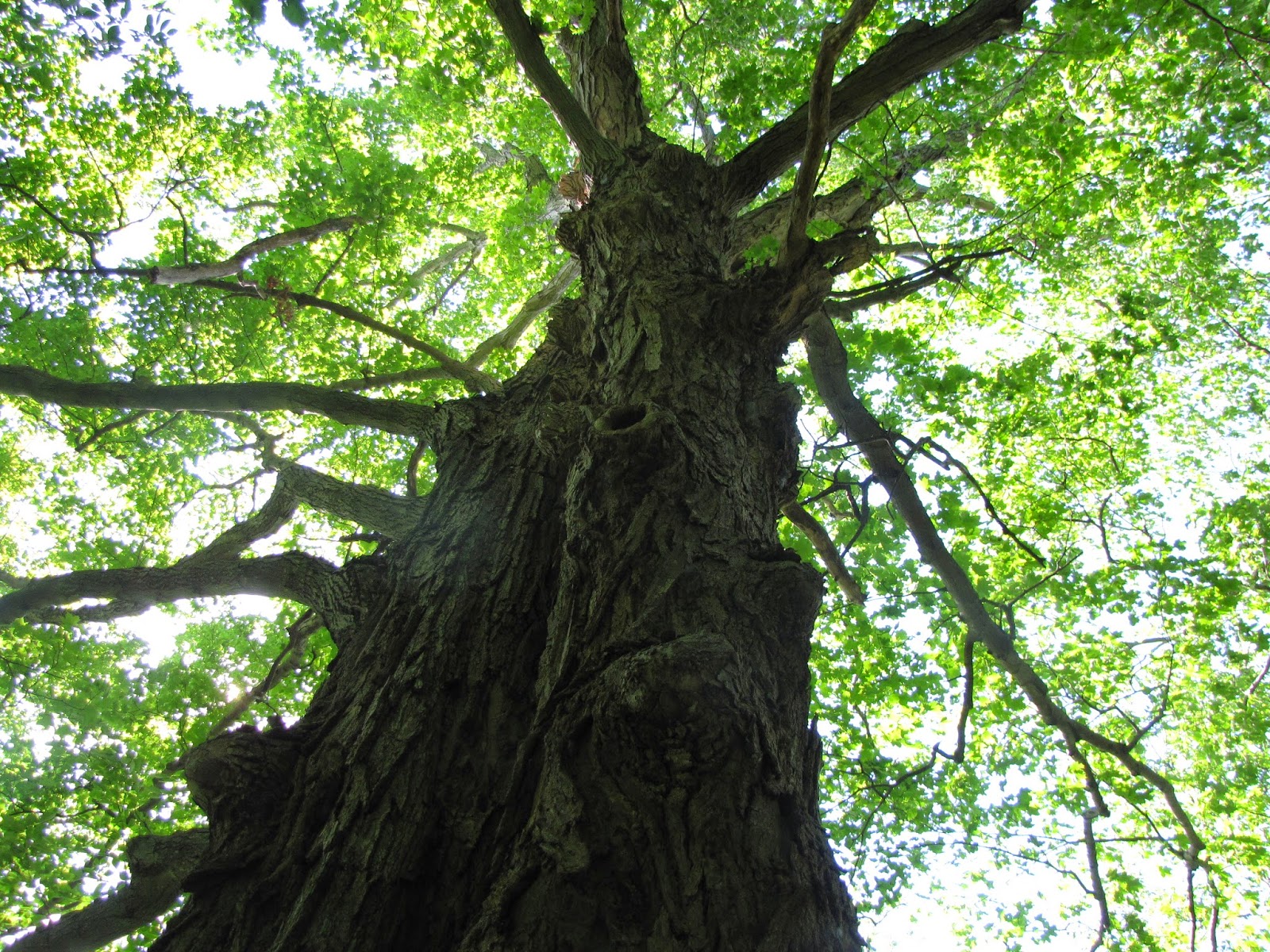 In popular culture, Canadian scientist and Film Director James Cameron featured this web of inter-connectivity most vividly through the Tree of Souls in his movie, Avatar.

Trees literally clean our air, soil and water. Scientists and many folks now agree that our climate is changing, and that many of these changes are caused by human activity, especially the increase of greenhouse gas emissions from burning fossil fuels. The changes in temperature and precipitation are well-documented, along with observations on how these changes are affecting key interactions and timing between species.

One of the best things we can do to combat climate change is to conserve and restore forests. Forests have a cooling effect on our climate because they naturally capture carbon dioxide from the atmosphere, and store vast amounts of this carbon in the tree trunks, branches, leaves and soil. They keep this carbon out of the atmosphere for as long as they remain healthy, intact forests. If they are cleared or degraded, there is a net flow of carbon to the atmosphere, contributing to climate change.

The solutions to climate change are complex and linked to various financial and trade systems around the world. However, at the heart of the issue is whether humans, as a species, can co-operate enough on the scale that is required to help the planet survive their numbers. 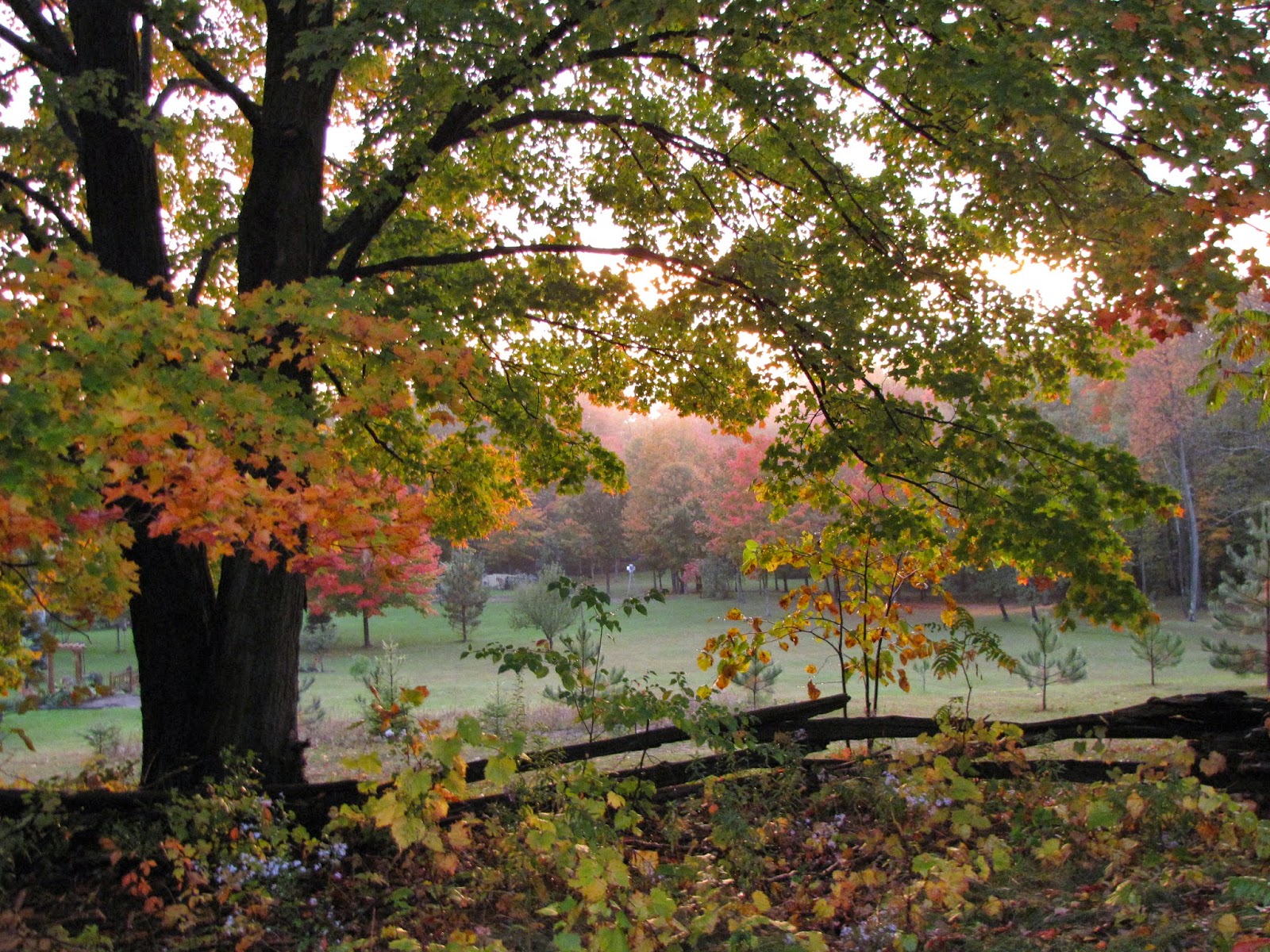 So for starters, take a walk on the wild side. Appreciate a forest. Appreciation leads to wonder. And without a sense of wonder, how can humanity be motivated to care enough for the natural inheritance that has been bestowed upon this planet?

Will wonder be a more powerful motivator than fear?  We wonder...

Posted by Unknown at 11:35 No comments: Links to this post